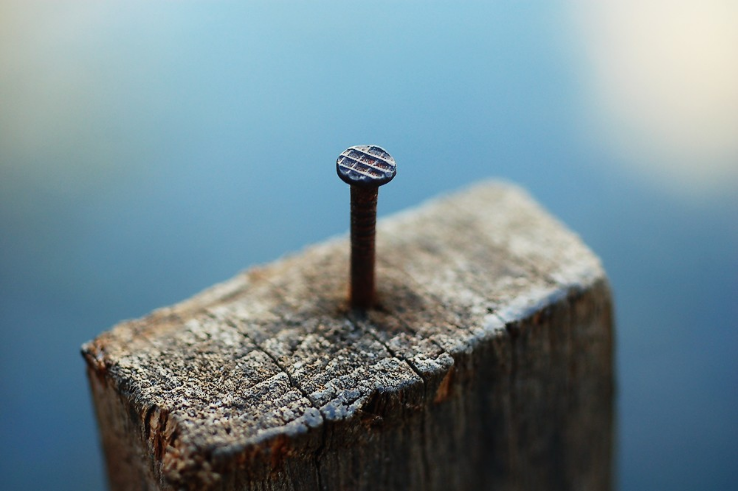 As we reach midpoint for our 2020 GATE cohort, its great to hear how our teams are experiencing incubation. Check out 2020 participant- GoMicro- their journey, how they have pivoted and landed!

"What's the problem you are trying to solve ?" is the first question that impatient VC's throw at those who dare to waste their precious time. This is a question that we could never answer. Not because we did not set out to solve problems - but because we failed in solving every one of them, one after the other - leaving behind a sad trail of serial failures.

Most VC's want to fund startups that solve big problems where there is big money to be made. They are greedy. They are meant to be. But they are not stupid. Founders are - for they want to solve big problems without knowing how to. In the sad saga that ensues - many founders fail except for those who persist.

We failed as an EdTech company

We started off in education - an area of great failure particularly in Australia with a steady, steep and irreversible decline in STEM Education. Having has a wonderful opportunity to run an audacious three experiment in self-learning in one of Australia's cutting edge school under the visionary leadership of Susan Hyde - I discovered something, that I did not know before. There was a big elephant sitting in every Australian classroom. It was there in every classroom without the written permission of the department of education. Its name was boredom.

We are boring kids to death. More than 40% of Australian kids are just bored with what we call STEM education. PhoneLabs was born out of the realisation, that while STEM bored them silly, their Phones did not. So they are banning them in school. But smartphones also come with sensors and data logging capability that make the labs of even the most modern schools stone-aged. What's more, kids loved learning physics with phones - most kids found it far superior to the way they were taught physics. But our EdTech venture failed. We did not have a problem to solve. The only thing that caught on in schools was the phone attachable microscopes that we had introduced to primary school kids. We hung on to that.

We failed as MedTech company

In our search for what else we can do with our phone clip-on microscope, we bumped into an enthusiastic dermatologist. We can detect skin cancer with it, we thought. But this was a time AI was taking over this game. So we worked with a researcher and developed an AI engine to detect skin cancer entered a global AI competition and was 0.002% off the best record in the accuracy of detection. We are in the skin cancer capital of the world. Two in three Australians get skin cancer when they get to 70. We could save some of them we thought. Yet again, we really did not have a problem to solve. We wrote to the head of the cancer council of Australia - informing her of a microscope that was cheap to be given to every Australian and good enough to detect early-stage melanoma. No reply. So the existential problem of the two of the three Australian ended up not being a real problem. We had got that wrong too.

We almost failed as an AgTech company

We had no choice any choice now, but to explore other applications. By now we had developed AI capability so we can do AI detection with microscopes. Agriculture had fewer barriers - it's a no brainer we thought. Farmers would be able to detect pest, leaf disease and mineral deficiencies with our AI-powered phone microscopes - so we thought. By this time we had accidentally discovered a way to vastly increase the accuracy of detection and greatly reduce the number of images required for AI training. We raised enough money to patent this technology. We are getting close to a point, where our AI-powered phone microscopes will anyone to build, test and deploy AI detection engines. We thought everyone will want one. No one did.

Luckily for us, the South Australia Research & Development Institute (SARDI) bought more than a hundred microscopes - they had a problem. Famers were sending bad phone images of insects and pests that could not be identified. The other alternative was to post them. So they bought and distributed our phone clip-on microscopes. Thanks to them, a few hundred agronomists started using our microscope - that kept our hopes alive, but they did not see any value in using AI detection in agriculture. Most farmers in Australia have access to agronomists who knows what they are looking at, and then if they don't, there are research institutions and academics who do, and they get paid to do that. So once again we found our selves here proposing accurate solutions that no one really wanted. There was no problem to solve.

We had a solution in search of a problem

Now that is something that VC's avoid as they look for what they call " a solution-problem fit". It took us couple of years to realise that we had naively assumed that a problem was real. For many in institutions and in business, the general problem was merely an opportunity to advance their own well being. They get more recognition and more funds to solve it. Naturally, they get attached to it and develop a sense of ownership. They start loving the problem. They develop a natural aversion to others who want to solve it for them.

Everyone has thier own problem

For the benefit of all the founders who mistaken that the problems that one talks about as real. I would like to share my understanding of the problem in all its richness and diversity as it means different things to different people.

Startup(Sometimes) - have a solution looking for a problem

Cry Babies - how to make use of the problem to improver career prospects. They have no real interest in solving it. But a lot to gain by crying publicly about it.

VC's - to find the startup working on a big problem, but want to avoid the problems that come with making money by solving the problem.

The failure of STEM Education is a nobodies problem. The department of Education owns this problem. Within its varied players, they need to be doing things to solve this problem and they need to be seen as doing something about it. That is what we failed to understand. Because it is very often about doing more of the same things that are causing the problem. That is why this problem persists. Because the intent here is to be seen as some doing something about the problem.

To get our solution rolling, we had to solve someone's problem - in a way they would benefit by it. Often it is not those who are shouting about the problem. They love it too much to want to solve it. They have no interest in ending it. It is often someone who has personal benefit by solving it. Because finally to solve a problem you need a person to give it a go.

So here is what we have learnt so far

Luckily for us, we were selected to join the GATE incubation program. We are participating in it now. It's like being in school again. We love it. For once, we are told what to do, to piut it bluntly - to shut up and listen. We had to listen to other peoples problems, without assuming that we know what the problem is. They put us on a listen-only mode. We have now have listened to over 20 potential users and have listened to their problems. They are certainly not what we thought they would be. But we discovered a fresh field of problems for us to solve.

As failing AgTech company, we were directionless. So we started exploring every single random application. Including building AI engines to detecting fruits in fridge and sun riped fruits.No one really knows how ripe fruit really is and when it is going to spoil. Guess what? We can.

We bought some bananas and blueberries in our local supermarket. Left half in the fridge and half of them outside. We capture 40 images of both in a few days and our AI engine could detect if they were refrigerated or not - accurately. As you can see in our demo: https://demo.gomicro.co/modelList?category=Quality

Then we went up to the local fruit orchard. Surprise, surprise we could classify nashi pears into two categories - accurately.

Recently, we managed to convince tomato grower to test out our AI Microscope for classifying ripeness of tomatoes. Fussy Australian consumers want that perfectly ripe tomato. We were surprised to learn that there are 10 grades of tomatoes. We can classify them with GoMicro.

So finally we found a problem to solve

It looks like it is a very big problem, mainly because there are no good ways for buyers to specify standards to which growers can supply without the risk of products being rejected on the basis of arbitrary standards. Looks like we have finally found a problem worth solving. We know this for sure because we cannot cope with the interest we have generated. We now have a real problem. We have run out of microscopes - we cannot make enough of them. Now that is the kind of problem that every startup would love to have - more demand that supply.